Mayors are on the frontlines of a rapidly evolving national economy that is transitioning towards high tech and service sector employment. Low-skill and high-skill jobs alike are digitizing at a rapid clip.1 The health care sector is also expanding dramatically, with health care jobs projected to grow faster than any other group in order to serve the needs of an aging population.2 Almost half of all mayors (48 percent) believe that high tech jobs will be substantially more common in their cities in five years than they are today. Other commonly cited growth sectors included health care/medicine (29 percent) and service jobs (13 percent).

Figure 24: Increasingly Common Jobs In a few brief words, what types of jobs will be substantially more common in your city in five years than they are today? 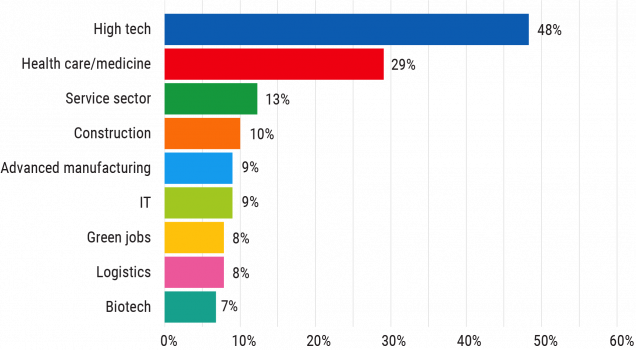 Reflecting the economy’s move to online retail and longstanding deindustrialization, mayors expect a sharp decline in retail and manufacturing job opportunities. When asked what jobs would be substantially less common in their cities in five years than they are today, 28 percent of mayors highlighted retail jobs, while another 23 percent cited manufacturing employment opportunities. Mayors also worried about automation, with 16 percent anticipating substantial losses among jobs replaced by automation.

Figure 25: Decreasingly Common Jobs In a few brief words, what types of jobs will be substantially less common in your city in five years than they are today? 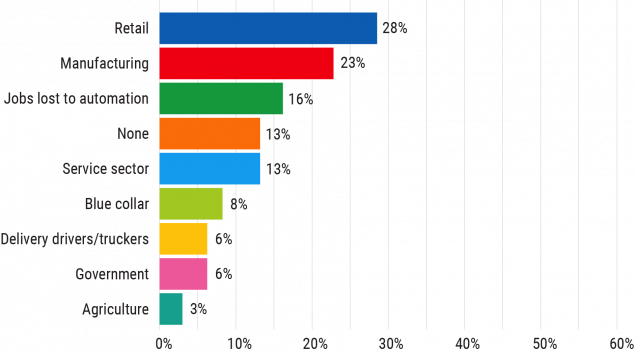 Figure 26: Targets of Workforce Development Initiatives For which groups do you have targeted workforce development initiatives? 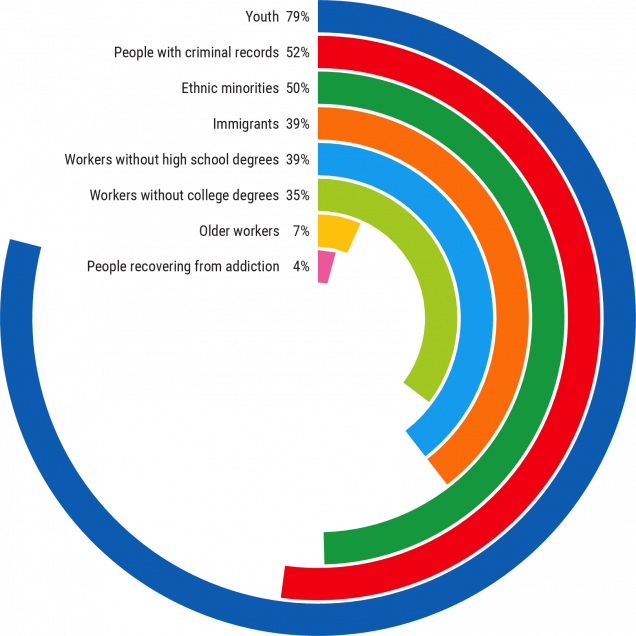 Mayors are also seeking to address the changing economic landscape through a variety of new positions within City Hall. We asked mayors to name the most recent new executive or cabinet-level position they have created. They highlighted a variety of positions related to changes in the economy and technology, including economic and community development (18 percent), strategy and innovation (14 percent), and technology (8 percent). These new jobs include “Chief of Economic and Community Development,” “Economic Development Director,” “Chief Innovation Officer,” and “Director of Innovation and Technology.” Mayors also prioritized administration (21 percent) (e.g., “Chief Administrative Officer”). Others created new roles to focus on equity concerns like citizen engagement (9 percent), diversity and inclusion (9 percent), and housing/homelessness (8 percent). Specific titles in these categories include: “Director of Community Engagement,” “Chief Equity Officer,” and “Housing Czar.”

Figure 27: New City-Level Positions Created by Mayors What is the most recent executive/cabinet-level position you have created in your city? Why did you create this position? (If none, what would you like to create?)

Related to Changing Nature of Work